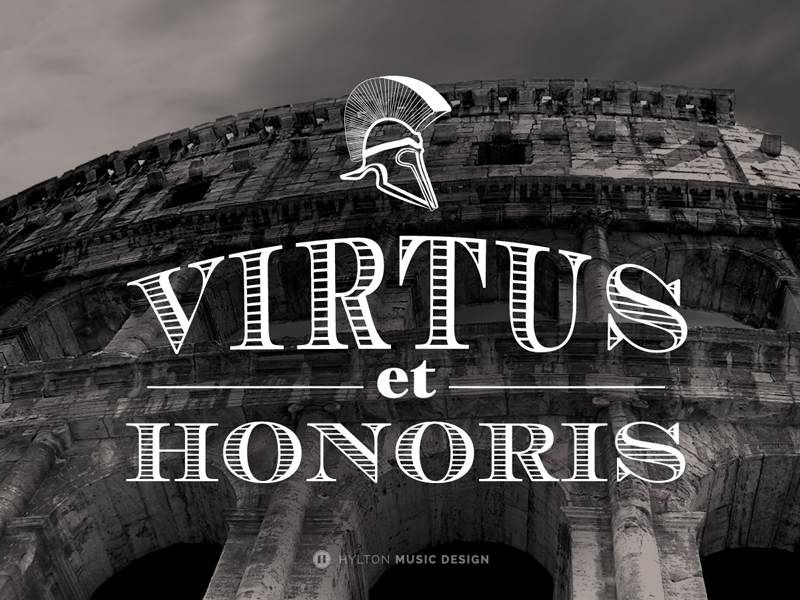 A medium/advanced show about the life of a roman slave who becomes a gladiator. The solo violin can be replaced by any other solo instrument(s) or vocals throughout.

Mvt. 1 "Introduction" - The soloist and front ensemble set the mood for the pre-show in which the winds and battery act as the roman legion, escorting the slaves (guard) onto the field. The legion marches aggressively into a form that entraps the guard for the first climax point of "Strange Humors."

Mvt. 2 "Laboris" - The slaves begin their training for battle; the guard with chains, staffs, and other weapons feature choreographed "fight" scenes. Driving rhythms build into a large fight scene which culminates in our hero's "crowning" with a battle mask. Our antagonist, the roman captain, also appears and punishes the hero before this production comes to a close.

Mvt. 3 "Amor" - The hero finds himself in love with another character (wind soloist or guard member). They move and dance together building into a dance feature hit. Then, the couple is quickly pulled apart from one another by members of the legion and the female character is taken away as the roman captain stands in the way of our hero. The gladiator knows that it's time for battle; he dons his mask and prepares to fight the roman captain.

Mvt. 4 "Battle/Victory" - As the distant rhythm begins the slaves begin to prepare for battle. A chant begins: "Virtus et Honoris" and builds as the battle begins. Sections of the battery are featured as individuals battle in small vignettes. As the percussion phrase builds to a climax our hero finally takes down the roman captain. Everyone freezes and we hear a heartbeat as our hero stands over the captain waiting for the audience to give the "thumbs up" or "thumbs down" in true colosseum fashion. Victory is won! the Captain is dragged off as the female character returns center stage for the finale.

This storyline can be changed as needed or even left out, letting the music and color tell the story.