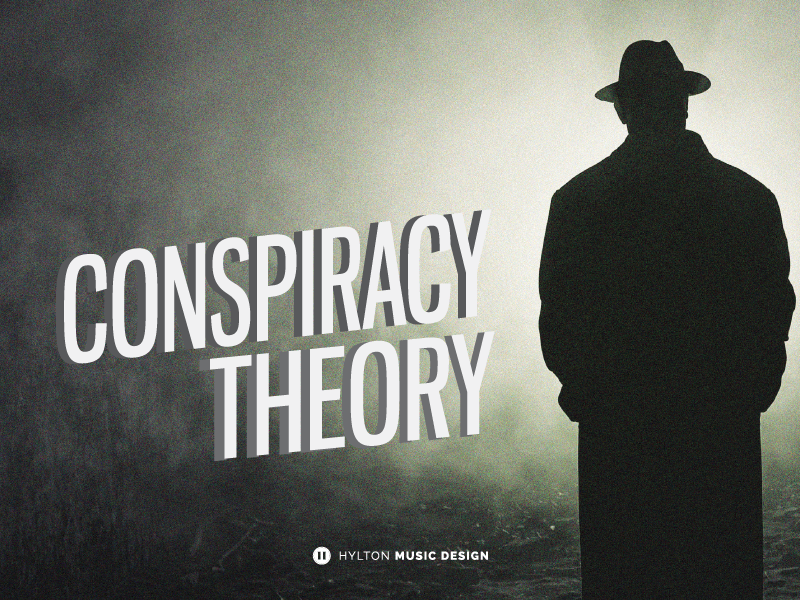 The enemy outside, the enemy within, the enemy above, and the enemy below. Conspiracy theories abound in this production devoted to all things unexplained. From the J. Edgar Hoover files to the (rumored) alien landings at Roswell to the Illuminati and their influence on the founders of the United States—there are those that view the universe as governed by design and believe that nothing truly happens by accident.

This show communicates these ideas through dissonant and mysterious source music that creates a mood of tension and intrigue. Add to that eerie sound effects, historical sound bites, and a visual package that’s plucked right out of a 1950’s FBI crime thriller—and you have a show that will not only be fun for your students to perform, but one that will have your audience on the edge of their seat.

Movement 1 starts with audio clips from J. Edgar Hoover’s now-infamous “your FBI” speech. Glissandos from a featured trombone ensemble then enter, basically setting the mood for the entire production, and then we’re into Michael Daugherty’s Sing Sing: J. Edgar Hoover. Audio clips from the speech are heard throughout the movement and tie everything together. There’s even a 3/4 jazz section that sets up the driving conclusion. This production has it all!

A percussion feature winds things down and transitions us into the ballad. Here the audience is presented with a haunting and dramatic version of Rockwell’s Somebody’s Watching Me. This section builds and builds into a musical climax that’s followed by dissonant (musical) stabs which set things up nicely for the closer.

After a short percussion transition, typewriter SFX and more J. Edgar Hoover soundbites set up technical features for the winds. All culminates into a driving “push” section that goes off the rails and leads to an abrupt, but emphatic, ending.