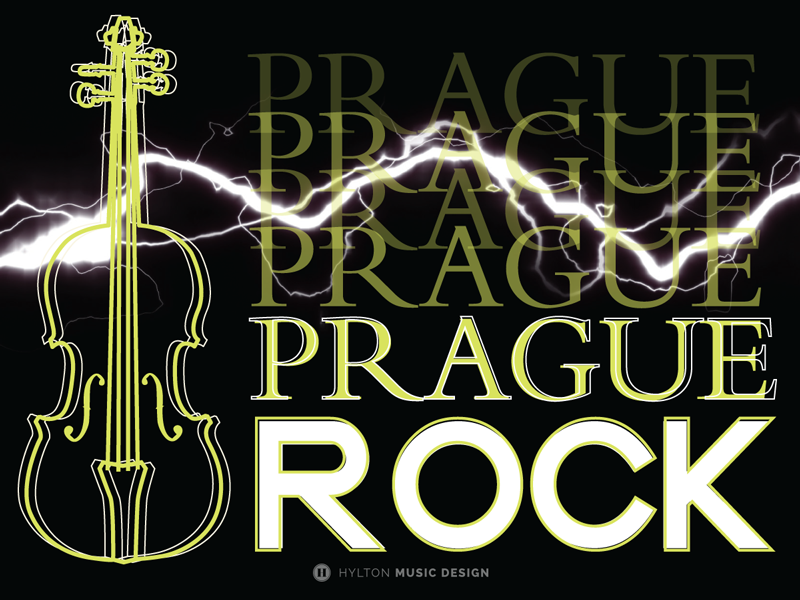 The genius of Czech composer Antonin Dvorak and Progressive rock hits from Rush and Pink Floyd are set side by side and integrated in this unique production which is written to incorporate a full rock band (TAB notation is provided for your guitarist and bassist). Bring your audience and adjudication panel straight to the rock show with this commanding production as the two seemingly unrelated genres of rock and classical become one!

A dynamic preshow leads to a solo guitar playing the opening to Dvorak’s famous symphony. As the guitar slowly fades out, the winds and battery hit the audience with fortissimo sound! A flurry of 16th notes and expansive chords drive us to a powerful zenith. The mallets bring the volume down with the second theme providing winds the freedom for restaging or characterization. Soon, a woodwind 16th note feature highlights the technique of your group delivering a high-velocity spinning moment for the weapon line. Next, the classical symphony continues to build and build to a strong climax point but just as we get to the end of the phrase the rock band takes the spotlight and changes the entire spirit of the production; this is the perfect spot for a visual reveal from a large prop for contrasting equipment change from the guard. Next, the main theme from Tom Sawyer by Rush is presented and then space is left for a battery feature moment over the groove. A woodwind feature takes over and then we move to Rush’s second section with lots of room for battery and drumset interaction building to the final hit of this movement.

In movement two the winds are first up with Dvorak’s infamous chord sequence that builds to a strong climax setting up the beginning of the “going home” melody from mvt. 2 of his Symphony no. 9. Though, after the phrase ends the rock band immediately takes over with Pink Floyd’s groove from Wish You Were Here and then brass soloists perform the Dvorak melody over the Pink Floyd groove merging the classical and rock material for the first time during the show. Guard members can reveal new costumes during this section to depict the “duality” of the music. This moment leads to a woodwind feature that’s influenced by the blues and rock styles so prevalent in Pink Floyd’s music. Finally, the big hit with the main melody rocks out to a strong finish and sends us into an eclectic percussion feature with an array of metallic sounds, based on Rush’s tune YYZ (sound effects can be added with a custom re-orchestration).

The winds join the percussion on the YYZ theme and finally the entire ensemble is altered; both genres of music are fully merged! We dive back into Dvorak’s finale from mvt. IV and the electric guitar doubles the winds on technical moving lines and dynamic phrases. A long build leads to the epic final Dvorak theme breakdown and drives us to an exuberant finale!